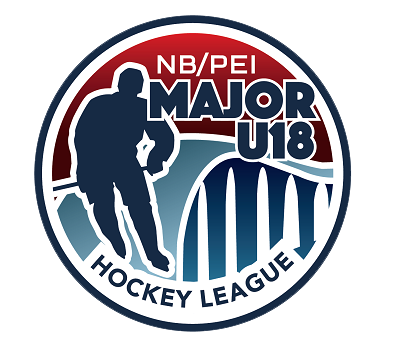 NBPEI Major U18 Hockey League Game between the Kensington Wild and Moncton Flyers scheduled for November 14th at 4:30 pm has been cancelled due to a scheduling conflict.  The game will be rescheduled and played at a later date.

The Northern Moose are working through the final preparations for the first NBPEI Major U18 showcase of the season.  The showcase is set to go October 30th and 31st in Bathurst at the KC Irving Regional Centre with all six teams playing two regulation league games over the weekend event.  With Covid restrictions last season league play was limited and showcases couldn't happen. This season the NBPEI Major U18 league has two showcase weekends scheduled. The first at the end of October in Bathurst and the second scheduled for Fredericton, February 18th and 19th. Timing of the showcases in conjunction with the Monctonian and IceJam tournaments in November and January respectively, will provide scouts an excellent opportunity to evaluate player development throughout the season. Showcase games on Saturday, October 30th will have Fredericton playing Moncton starting at 10:30 am followed by Saint John and Charlottetown and Northern playing Kensington in the final game of the day.  Sunday games start at 9:30 am with Charlottetown and Fredericton followed by Kensington and Saint John in game two of the day and Moncton playing Northern in the final game of the showcase.  Additional showcase details will be released closer to the event.

The NBPEI Major U18 Hockey League has set the 2021-2022 season schedule.  The complete schedule is available on the League website (nbpeimu18hl.ca).  Teams will play a 35 games schedule starting on Friday September 24th with the Saint John Vitos hosting the Moncton Rallye Motors Nissan Flyers at the QPlex, game time 8 pm.  Saturday September 25th has Moncton travelling to Charlottetown,  the Northern Moose playing in Kensington and Saint John visiting Fredericton.  Rounding out the weekend, Sunday September 26th the Fredericton Caps are hosting the Northern Moose at 3 pm at the Willie O'Ree. This season the NBPEI League is scheduled to have two showcase weekends with a possible third in the works. The first will take place in Bathurst October 30th and 31st and the second in Fredericton, February 19th and 20th.  The third showcase is proposed for Charlottetown in early December provided ice time is available.

The NBPEI Major U18 Hockey League kicks off the 2021 - 2022 season with a pre season jamboree, September 11th and 12th, hosted by the Moncton Rallye Motors Nissan Flyers at the Superior Propane Centre in Moncton. All teams will be participating in the jamboree playing four games over the two day event. First game each day starts at 9 am with the final game of the day starting at 5:45 pm. Teams use the jamboree as an opportunity to make selections for the final roster spots as well as use the event to expose some Major U15 players to play at the Major U18 level.  Final schedule for the jamboree will be released on the Moncton Rallye Motors Nissan Flyers team page, Friday, August 27th.