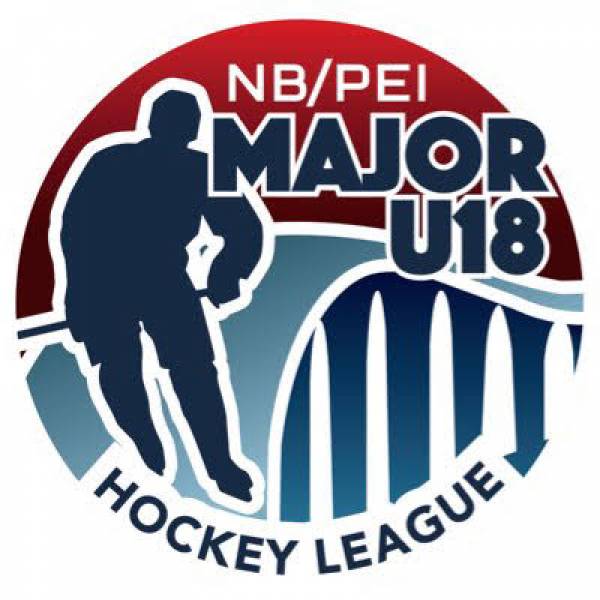 After a delay of close to a month and a half the NBPEI Major U18 Hockey League will begin the 2020-2021 hockey season this Friday, November 6th with the Fredericton Caps heading across the Confederation Bridge to play the Charlottetown Knights at the Bell Aliant Centre at 7 pm and the Saint John Vito's hosting the Moncton Flyers at 8 pm at the Q-Plex in Quispamsis. The four remaining teams will see action on Saturday and Sunday this weekend.  For a complete league schedule, check out the leagues website at  nbpeimu18hl.ca

This season teams will play a 30 game schedule, highlighted by two league showcases. The first, November 21-22 in Charlottetown at the Bell Aliant Centre and the second showcase on February 13-14 in Fredericton at the Willie O'Ree Arena.  "With the success of last year's showcase and the restricted numbers permitted to attend games, the league decided that two showcases would provide a better opportunity for scouts to see players early in the season and again just prior to playoffs," said Barry Thompson, League President.  "The showcases will have the same format as last year with the leagues six teams playing two full length games over the weekend that count toward the regular season standings."

Teams have had a number of exhibition games to this point and are prepared to get into the swing of a regular season.  The delay has allowed time for teams to work out game day details and protocols surrounding Covid restrictions.  With varying numbers of spectators being permitted to see games everyone is encouraged to check with the home team in advance in order to abide by the rink operational plans.

Major U-18 Playoff Schedule Set Between Wild and...